Schwartz Law Firm recently represented a 78-year-old man who was injured in Louisiana. Prior to the accident, he had an amputated leg and worked as a safety inspector on a Army Corps of Engineer project, when he stepped into a hole in a levee, fell, and re-injured his back. The insurance company denied the case initially, stating his lower back condition was pre-existing. He went to doctors in Jackson, Mississippi, who stood by him through the whole case. The doctor stated that the fall aggravated his pre-existing back condition.

For over seven months, he suffered with back pain because it was denied, but they could find no evidence to prove it was totally related to anything else except for the fall, which aggravated it. He was working for years before the accident and had no physical restrictions. He underwent the back surgery, had a good result, and the total amount that he received was $268,000. The Schwartz Law Firm was very proud of this result, and the client was very happy. He received the medical treatment and compensation and settlement from this accident, and the insurance company defenses did not work! 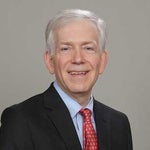