Common Driving Distractions and How They Can Affect A Lawsuit 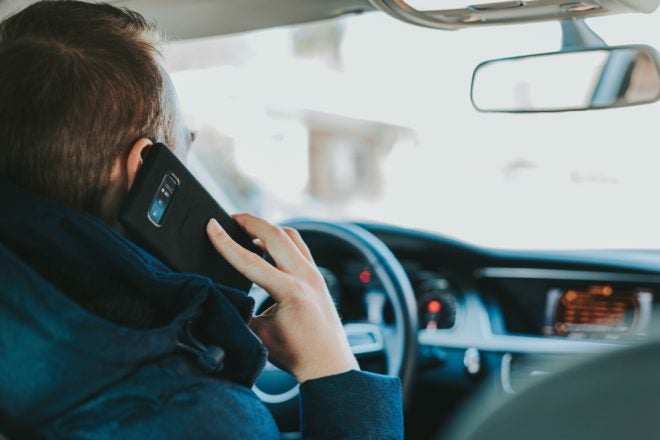 On Thursday, May 7th, 2020, a bill that would make it illegal to use a hand-held cell phone while driving won approval in Louisiana's state Senate Transportation Committee. However, just two weeks later, on May 21st, 2020, the bill failed in the Louisiana House.

The vote was 49-45, which is four votes short of the minimum needed for approval. Opponents of the bill said that banning cellphones “would be an inconvenience.”

Even though Louisiana banned texting and driving, this clearly shows the State's priorities regarding hands-free electronic devices potentially posing a distraction to drivers.

Louisiana's laws around enforcing other types of distracted driving can be confusing to navigate. That's why you need to know how common driving distractions can leave you open to a lawsuit in the case of auto accidents.

What is Distracted Driving?

Distracted driving is an unfortunate situation that all drivers come up against. Other external stimuli are vying for your attention when you drive distracted besides the road and its conditions.

As you pull your attention away from the act of driving, these distractions can become extremely dangerous to yourself, your passengers, and other drivers on the road.

Though we think of driving like riding a bike — once you learn, you never forget, and you mostly run on autopilot — it's more like task-switching. In task-switching, your brain is unconsciously (but efficiently) switching from one context to the next seamlessly.

For example, driving to a grocery store means driving, parking the car, getting out of the car, and walking to the store. Here, the task remains steady while the context changes.

The trouble begins when you're trying to get your brain to switch between tasks.

The science of attention demands that your prefrontal cortex, the part where your attention and motivation lie, do two things at once. It takes this neural zone a mere fraction of a second to execute a switch in tasks — at first.

Over time, these microseconds add up, draining your attention and resources, and taking you up to 40% longer to complete two tasks simultaneously.

The implications of this very human fact on driving are significant. Essentially, the longer you spend distracted, the more dangerous of a driver you are. It takes your brain a longer amount of time to switch between tasks effectively.

Think about what this means if you're tired and you attempt to split your focus between driving and a distraction. Or imagine what this means for being able to rapidly assess changing road conditions, swerving to avoid an accident, or drive defensively when presented with a patch of black ice.

That's why distracted driving is so dangerous and why the law tries to apprehend this behavior by placing hefty fines and issuing tickets.

What are the Laws Around Distracted Driving in Louisiana?

According to the National Highway Traffic Safety Administration (NHTSA), 2018 saw the lives of nearly 3,000 drivers, pedestrians, and cyclists claimed due to distracted driving.

Furthermore, Louisiana has one of the worst track records for auto accidents in the state. From 2011 to 2015, 192 people were killed in Louisiana, while 26,977 people were injured.

And the most common reason for these avoidable accidents was Louisiana's greatest driving distraction: cell phone use — specifically through texting, and driving.

We're the seventh deadliest state in the country for distracted driving, surpassing the numbers on drinking and driving. This is exactly why Louisiana has a ban on texting and driving.

Specifically, R.S. 32:300.5 (Texting while driving) is a law that applies to all drivers operating a vehicle in Louisiana:

Some law enforcement officers and non-profit organizations say that the current laws are not enough. They believe Louisiana needs to broaden the scope of distracted driving.

That's because the behavior of distracted drivers follows a set of rationalizations and justifications. These give a driver a false sense of security. They may start by thinking they're a more naturally-careful driver than others on the road, or that, since they're not texting while driving, it's okay to text at stoplights.

Any driver who violates this law will be subject to:

It's in a driver's best interest to avoid texting while driving — or, indeed, any distractions — because Louisiana's fines are far steeper than many neighboring states.

Because texting is currently more common among teens and young adults, Louisiana has special rules for “underage” drivers and minors. If you're under 18, you are also not allowed to speak on a cell phone, in addition to the texting ban. The only exception is if you need to report an emergency or criminal activity.

Restrictions for Drivers with a Class E Learner's or Intermediate License

If you have a Class E Learner's or intermediate license, you can't use a cell phone unless it has hands-free technology.

Breaking this rule could cost you:

What are the Different Types of Driving Distractions?

When you're paying attention to visual stimuli other than the road, this is a visual distraction. It could be anything from turning to look at a passenger to rubber-necking another accident on the road.

If you're physically manipulating something else in the car, other than your steering wheel, it's a manual distraction. People usually think of trying to hand something to a child in the backseat or groping around the floor for something they dropped.

But manual distractions can also come from controls, displays, and navigation systems trying to get your attention within the car. It begins as a visual distraction and, if it demands input from the driver, becomes manual.

Cognitive distractions are quite deadly because you never know when you're slipping into auto mode instead of actively paying attention to the road. Cognitive distracted driving can also come on due to a lack of proper sleep or driving when taking medication that makes you drowsy.

We all love to crank up the tunes while driving. But some drivers can't concentrate when others are speaking to them while driving.

According to the CDC, texting is a visual, manual, and cognitive distraction.

How Do Driving Distractions Affect a Lawsuit in Louisiana?

The law is always on your side if you're a victim of an auto accident in Louisiana. If someone hits you with a car while they're on their phone, the law gives you options. They may face criminal penalties, but you can also bring a lawsuit against their actions and receive fair compensation for the damages you've experienced.

Bringing a civil suit against the responsible driver means that if the criminal penalties are light or they remain unconvicted, it won't leave you with no recourse. You will be able to pay for your medical bills and account for the pain and suffering your accident brought on in your life.

Since there are so much awareness and scrutiny around texting and driving in Louisiana, your chances of winning your case increase substantially. That's because:

The handy benefit of texts is that you can track them without witnesses, unlike other forms of distracted driving. Text messages have timestamps that help you prove the driver was texting instead of paying attention to the road.

However, you'll need to work with an experienced attorney who understands how to get this evidence from the “guilty” party.

We always explain to those who have been a victim of distracted driving: the law is certainly on your side, but the odds are often stacked against you.

It's in insurers' best interest to keep as much money (and information) from you as possible. They want to limit the financial compensation you're rightly entitled to.

Medical bills, loss of wages, disability, decreased quality of life, and months and even years of pain and suffering make this a singularly unjust situation for victims.

If you believe, as the attorneys at Schwartz Law Firm do, that you deserve justice, contact us today and schedule a consultation with our team. We'll help you determine the strength of your case and the best course of action open to you.