What to Do If You Are Injured by the Police 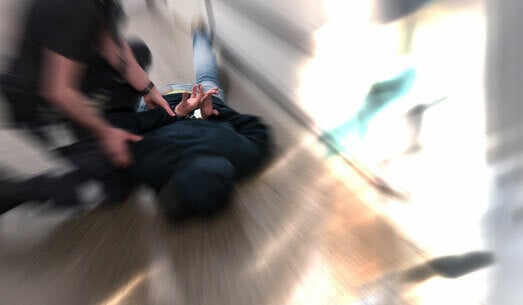 One of the cornerstones of the American justice system is equal treatment under the law for all Americans. As Superman used to say, “Liberty and justice for all.” It sounds great in theory, but that is often not the reality experienced by many Americans. This unequal treatment under the law often presents itself as unfair treatment by government officials, especially police officers. Being injured by the police is an all too common occurrence. Even if the authorities have a just basis to detain someone, excessive force, and police brutality is never acceptable. For many people who have been injured by the police, the question is, “I was hurt by the police, what can I do now?

There are several laws, both federal and State, which are intended to protect citizens against everything from a minor police injury to the more excessive force police brutality that can occur. Beyond federal Laws, which began with the Civil Rights Act of 1964, federal protection of rights start in the U.S. Constitution. The 4th Amendment protects citizens against unreasonable search and seizures while the 14th Amendment speaks of guaranteeing due process of the law and equal protection of all persons under the law.

The Civil Rights Act of 1871, or a “Section 1983”  as it is also known, is a federal statute allowing suits against the U.S. government for violations of civil rights.

Note that certain violations of the law must be acted upon within a certain time frame for them to be valid. These are referred to as Statutes of Limitation. Likewise, if you have been injured by the police, a statute of limitations hurt police custody must be considered.  If you or a loved one suffered a police injury, contact a lawyer at the Schwartz Law firm promptly to ensure the opportunity to get justice.

Injured by the Police

As mentioned above, protection against unfair treatment can be found in both state and federal laws.  The specifics of such laws vary from state to state. In Louisiana, police brutality is considered a serious violation of a person's civil rights. There are state laws that spell out what things the police are allowed to do when they are making an arrest.

I Was Hurt by Police

If you were injured by the police, there are steps you can take to get justice for the police injury you have suffered. Initially, you should report the excessive force, police brutality to the police authorities.  You should write down and document as much information as you can about the incident. At the same time, it would be wise to seek out an attorney expert on police brutality to assist you with documenting the events surrounding the incident and assisting you with getting justice, if reporting the incident to the police authorities did not provide proper relief for you.

If you have been hurt by the police or in any way been the victim of police brutality, consult the experts at the Schwartz Law Firm. Our attorneys can assist you through the whole process, start to finish, so you can properly document your injuries and get you the justice that you deserve.  At the Schwartz Law Firm, we fight for your rights. Call today for a free consultation. In New Orleans call 504-837-2263. In Baton Rouge, call 225-766-6775.